The Working Concept of a Pipe Bending Machine 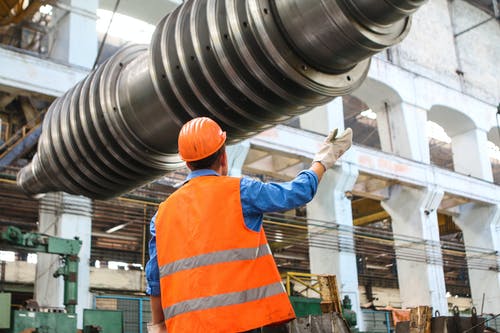 Tube bending is a metal forming method that is used to shape pipe or tubing indefinitely. Bending is an integral element of the industrial pipe and tubing production process. Pipe can be bent into single or many bends and angles, depending on the application’s requirements.

Depending on what the pipe will be used for, a variety of methods are employed to bend it. When pipes and tubes are bent, they can be used for structural purposes, such as handrails, handlebars, vehicle frames, and furniture, or they can be used to carry gases and liquids, such as water lines, hydraulic systems, and exhaust lines.

What happens when the pipe is bent?

Tube bending begins with a tube being loaded into a pipe bender and clamped between two dies, the clamping block and the shaping die. Two additional dies, the wiper die and the pressure die, hold the tube loosely.

Bends are created by pressing the tube against a die, which causes it to change form. Pushing a pipe through rollers to force it into a curve is another option.

If you are bending pipes or tubes you need to take notes of the following considerations:

The basic tools that are used in pipe bending

When a pipe is bent, the outside wall thins out owing to stretching, while the internal wall thickens due to compression.

The basic tools used in pipe bending are

Ram type: A hydraulic ram is used to push metal against rollers of the ram type. It is the most basic and cost-effective way of tube bending. When ram bending a tube, the interior and outside of the bend are prone to distort into oval forms. This technique produces pipes that are used to bend electrical conduit.

Roll bending: When massive bends are required, roll bending is utilized to run the pipe over rollers. The pipe is just slightly deformed as a result of this. Pipe coils are made using the roll bending method.

Compression bending is a basic way of bending tubing around a bend die using a roller. On building sites, it’s utilized to bend electrical conduit. Compression bent pipes should not be utilized for short radius bends since the pipe may buckle and break.

Rotary draw bending, which employs die sets, is used for more difficult jobs, such as when a pipe’s diameter must remain consistent along its length. Handrails, decorative ironwork, and vehicle chassis are all made with Rotary Draw products.

Mandrel – Tubing is shaped using a mandrel. The mandrel is put within the tube to protect it from damage and wrinkling, as well as to avoid ovalization. Exhaust pipes, dairy tubing, and heat exchanger tubing are all constructed with mandrel pipes.

Due to the bending of the pipe, the outside wall becomes thinner. While the inside wall is compressed it becomes thicker. This can cause various types of problems such as.